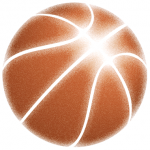 [Updated 4/9/13 to reflect the Best Selector of Upsets prize winner.]

The Louisville Cardinals are the 2013 NCAA Men’s Basketball Champions!

Thanks to everyone that participated and congratulations to all of our prize winners:

Once again we’d like to thank our sponsoring partners:

The Championship Game is set! Here are the Basketball Tournament Contest Standings after Saturday’s semifinals.

Don’t forget to check back after Monday’s Final to see the final results!

Thanks again to our sponsoring partners:

The Washington State Supreme Court issued a ruling in March that is believed to represent the last “brick” in the very lengthy water right adjudication process started in 1977. The ruling addresses several thorny issues in the Ahtanum Creek Sub-basin west of the City of Yakima. This sub-basin has the most complex legal history in the entire Yakima Basin and was left until last for that reason.

The significance of the ruling is not so much in its findings as in the fact that this ruling essentially clears the way for the longest-term and most expensive adjudication in State history to be completed. The results can then be used as a basis for water resource management in the Yakima Basin. This is likely to facilitate implementation of several projects intended to enhance the seasonal availability of water throughout the basin and could lead to economically and environmentally advantageous active management efforts.

Ecology’s Water Right General Adjudications webpage provides a good summary of the process, and includes a link to a Yakima Herald newspaper article about the ruling for those who are not inclined to read Supreme Court rulings in their entirety. For those with judicio-masochistic tendencies, the full text of the ruling can be accessed here.