In 2008, I wrote an article for our newsletter contrasting the two Presidential candidates’ positions on science with an emphasis on water and environmental clean-up issues. Here I’d like to reprise that article with a review of how President Obama and Mitt Romney address these issues. As with my previous article, my primary sources are the candidates’ websites and the Science Debate website. 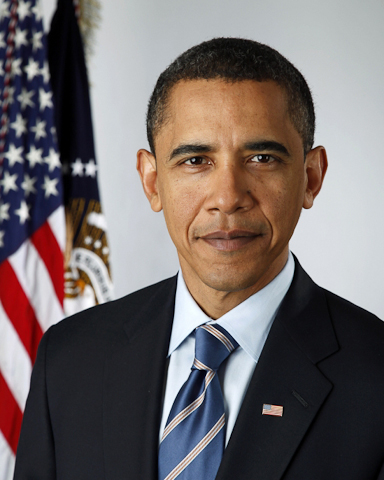 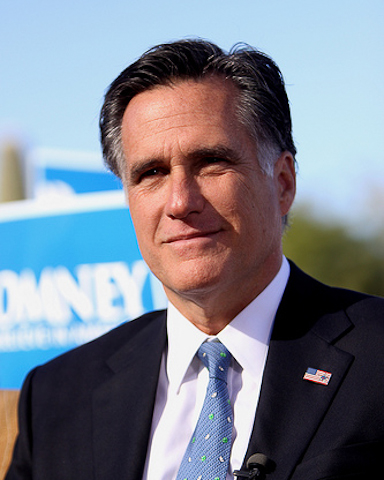 On the Issues page of the Romney/Ryan website, there are 25 issues listed and among those not making the list: science, water, and environment. Perhaps the most science-related issue listed is energy. On his energy page, most of the discussion is not concerning science or the environment; however, Governor Romney does touch on science by stating his plan “facilitates new energy assessments to determine the true extent of our resource endowment” and also how he “will promote innovation by focusing the federal government on the job it does best – research and development – and will eliminate any barriers that might prevent new energy technologies from succeeding.” It also references the environment by stating that Romney “will pursue measured reforms of our environmental laws and regulations to strengthen environmental protection without destroying jobs or paralyzing industries.”

The environment is also mentioned on his regulation page. Here Governor Romney discusses reforming environmental regulations. He states he “will eliminate the regulations promulgated in pursuit of the Obama administration’s costly and ineffective anti-carbon agenda” and “reform our environmental laws to ensure that they allow for a proper assessment of their costs.”

As I did in 2008, I wanted to search the candidates’ websites for certain words. Unfortunately, the search feature on Romney’s website mostly returns irrelevant tweets and blog posts from supporters rather than results that suggest how Romney stands on the issues. (For example, searching for the word “water” returns 36 items, with the top one listed apparently a tweet from a supporter which states “Water: Michelle is mysteriously fat and I don’t even know water problem is! [sic] …”). Therefore, instead I used Google to search the candidates’ websites. (Searches of the Romney website occurred on October 3rd; Obama’s on October 4th.)

A search of Romney’s website for the word “water” returned 476 results. Looking at the first page results (I’m not dedicated enough to look at all 476!), none deal with policy matters. Of the ten listed results, three deal with the “Believe in America Water Bottle” for sale on the website. Three discuss either the distribution of water to supports, or the collection of bottles of water by supporters. Two deal with an address on Water Street in Henderson, Nevada. One references the House chairman of the Agriculture & Water committee. And the final one discusses how the Obama Administration has worked to water down congressional language concerning Iran.

Searching for the word “environment” returns 5,950 results. Six of the top ten results deal with either creating an environment for jobs or a business-friendly environment. Two results reference the energy page discussed above. One discusses Obama’s “Appalachian war on coal.” And the final top ten result links to a Romney energy policy paper which claims the current administration’s energy and environmental policies have “stifled the domestic energy sector” and how the President is “in thrall to the environmentalist lobby and its dogmas.” He goes on to explain how, as president, he “will make every effort to safeguard the environment, but he will be mindful at every step of also protecting the jobs of American workers.”

The issues page on the President’s website only lists 12 major topics, but one of them is the environment. Energy is another. On the environment page, four subjects are discussed: investing in clean, American-made energy; how Obama established the first national standards to reduce mercury and other toxic air emissions from power plants; global climate change; and preserving national treasures for future generations (including development of the country’s first comprehensive ocean policy). On the energy page, there is less discussion of the environment, except for a discussion of wind and solar energy and making federal investments in clean coal technologies.

A Google search of Barack Obama’s site for the word “water” returned 1,520 results. It’s quite amusing, in my opinion, that once again, same as on Romney’s site, the lead (and supposedly most relevant) result (as well as one other of the top ten results) is hawking water bottles (granted the “Obama-Biden Water Bottle” versus the “Believe in America Water Bottle.”) However, it is heartening to see that the second result actually refers to water policy and links to a water policy group page at barackobama.com. Only two of the remaining seven top ten results are not relevant to water (one a reference to a “candles on the water” ceremony concerning the atomic bombing in Japan during WWII, and the other a reference to a Hurricane Katrina film). The other five results concern a pending water crisis in San Diego, water quality in New York City, running water pipelines in rural Alabama, water scarcity in the West, and the health of the Everglades.

I also did searches of both candidates’ websites for the word “science” but am not presenting the results because this post is long enough as is. However, this search did bring up my favorite result of all the searches I conducted. The number one result on Obama’s site, searching for the word “science” (and throwing out results with “political science”), is a link to a page about Bill Nye the Science Guy supporting Obama. Growing up a science nerd, I’ve always loved Bill Nye the Science Guy.

Prior to the election in 2008, an independent group of scientists—cosponsored by the American Association for the Advancement of Science (AAAS), the National Academies of Science, Engineering, and Medicine, and the Council on Competitiveness among others—called for the presidential candidates to debate on science. The effort was successful and ScienceDebate.org was born. This year, the organization invited thousands of scientists and engineers to submit science-related questions of concern to the nation. ScienceDebate worked with leading science and engineering organizations (including the American Geosciences Institute, AGI, and the American Society of Civil Engineers, ASCE) to refine, by consensus, the questions into the 14 most important science policy questions facing the country. Both candidates supplied answers.

One of the questions dealt with fresh water. This question was:

Less than one percent of the world’s water is liquid fresh water, and scientific studies suggest that a majority of U.S. and global fresh water is now at risk because of increasing consumption, evaporation and pollution. What steps, if any, should the federal government take to secure clean, abundant fresh water for all Americans?

Obama answered the he is “working to ensure the integrity of the water Americans rely on every day” and that his administration “released a national clean water framework aimed at developing a comprehensive approach to protecting the health of America’s waters.” He further states “through partnerships with communities around the country, we are working to improve water quality, restore rivers and critical watersheds, and we are making headway in ensuring that our nation’s waters best serve its people.”

To assist with water scarcity problems, Obama says he is supporting water conservation efforts and that the current administration “has awarded 92 grants to water conservation projects … [and is] also working collaboratively with communities around the country on how to best manage freshwater resources in a changing climate, in order to ensure adequate water supplies and protect water quality.”

Further, he states “having clean water isn’t enough if people don’t have access to it, which is why we are also working to improve access to clean water.” Obama claims his administration “has invested in 5,100 water and waste water community infrastructure projects.”

Romney answered the question differently (obviously). He states that while “extraordinary environmental progress” has been made thanks to current environmental laws, those laws “have not been modernized in over twenty years and are now significantly out of date. Our communities and businesses must contend with excessively costly and inflexible approaches that impose unnecessary economic constraints… The result is to delay progress that could be reached and to leave communities and natural resources worse instead of better off.”

Romney claims he “will modernize the federal laws and regulations governing water use to enable smarter, more collaborative, more flexible and more cost-effective approaches.” He plans on using “a combination of incentives, market-based programs, and cooperative conservation measures” to improve water quality freshwater bodies and along the coastlines. He finishes by stating that “through a renewed focus on research and technology in both the private and public sectors, America can meet the growing challenge of maintaining and improving the nation’s drinking water and sanitation infrastructure.”

The other 13 questions deal with innovation, climate change, research and the future, pandemics and biosecurity, education, energy, food, the internet, ocean health, science in public policy, space, critical natural resources, and vaccination and public health. I encourage you to read the candidates’ answers to these at the ScienceDebate website.